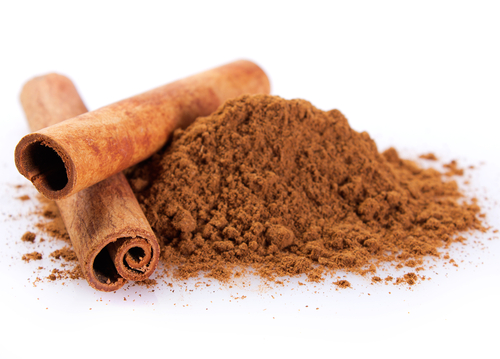 Cinnamon has been used medicinally since ancient times. This popular spice was used in ancient Egypt, China, and India for culinary and medicinal purposes, and its use has also been documented in the Bible.

There are two types of cinnamon: Ceylon and cassia, most cinnamon sold in the United States is the cassia variety, which is often labeled as Chinese cinnamon. Its scientific name is Cinnamomom cassia, also known as Cinnamomom aromaticaum. Ceylon cinnamon, which is native to Sri Lanka, is more difficult to find and more expensive. Its scientific name is Cinnamomum zeylanicum, and it is also known as Cinnamomum verum — “verum” means “true.”

A 2012 review of several recent studies concluded that the use of cinnamon had a potentially beneficial effect on glycemic control. One study published in 2009 found that a 500 mg capsule of cinnamon taken twice a day for 90 days improved hemoglobin A1C levels – a reflection of average blood sugar level for the past two to three months – in people with poorly controlled type 2 diabetes (hemoglobin A1C levels greater than 7 percent).

Cinnamon is effective in reducing blood sugar and reducing the risk for developing type 2 diabetes. An analysis of several studies showed that both whole cinnamon and cinnamon extracts lower fasting blood glucose.

The amount of cinnamon needed to produce a positive effect is unclear, and whether the effect is transient. It’s hard to tell from the studies whether it leads to a significant, long-term reduction in blood sugar.

Other health benefits of cinnamon include:

If you or someone you know have diabetes, remember that treatment is a lifetime commitment of monitoring your blood sugar, eating healthy, exercising on a regular basis and, sometimes, diabetes medications or insulin therapy.

If you have questions or concerns about your diabetes treatment plan, contact your health care professional.