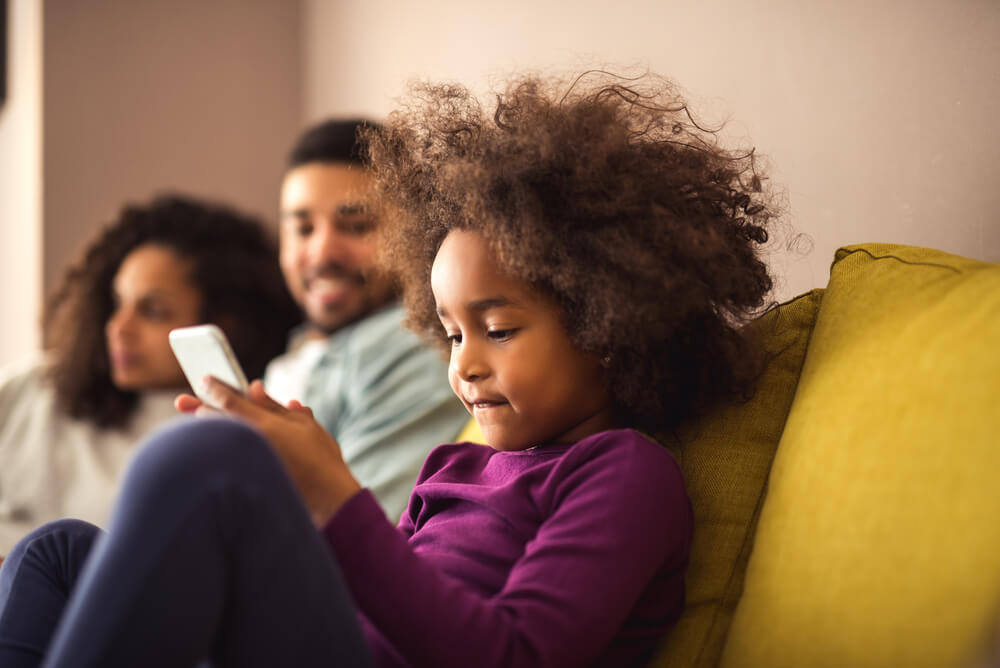 Limiting your kids’ screen time may have health benefits.

Long gone are the days where children stay up late talking on the phone, it has now moved to scroll through Instagram, playing games or facetiming until early morning hours. The main difference from around 10 years ago to now is now kids are overstimulated by the blue-light screen But, how much screen time is too much? Studies show that less screen time can improve sleep habits in just a few weeks!

Click here to discover the link between kids and obesity.

Before talking about teens we’re going to begin with the youngest affected by screen time. The World Health Organization has stated that infants under 1 year old should not be entertained or exposed by electronic screens and that children between the ages of 2 and 4 should have no more than 1 hour a day of screen time. Previous generations have had to worry about televisions and radios but currently, the threat of screen time for kids has to do with not only televisions but also computers, smartphone, digital tables, and video games. The list is ever growing and so are the studies on how these things play a role in brain development and overall health.

On top of limiting screen time, it is important to get young children active at a young age and this can be done by introducing certain habits and activities. Whether it is playing outdoors or joining a swimming class, keeping young children active can help keep them healthy and install healthy habits. Children between the ages of 1 and 5 should be receiving around three hours of physical activity a day so that means that they shouldn’t spend the majority of their day restrained in chairs or in strollers. That age range should also be sleeping at least 10 hours a night.

What about teens? Continue reading to learn about how much screen time is too much for teens.

Teens: How much screen time is too much?

The hardest part about smartphones, tablets, and computers is knowing when to shut it down and put it away. The body is used to developing sleep patterns around the sun and with the ever glowing screen it is difficult for the brain to distinguish when it is really time to sleep because of the blue hue these devices let off. Sleep is important for any developing mind and shutting down the phone a few hours before bed or using the phone during the day with glasses that block the blue hue can help the mind and body get the rest it deserves.

In general, teens devote around 7 hours a day to entertainment media on their chosen device. That equals out to 2770 hours a year and the majority of this time is spent doing things like watching shows and scrolling through social media. Even though teens are averaged to devote around 7 hours a day to screen time, with the way they multitask that numbers grow to 10 hours just by the way the devices are managed. When it comes to how much screen time is too much, it seems to be obvious that 7 hours is too much.  Studies are still in process of what too much screen time can do to teen’s brains and most importantly growth. A way to combat too much screen time is to make it a privilege, be a healthy role model, discourage multitasking, establish clear rules about electronics and encourage physical activity.

Click here to see how to get your kids to eat more vegetables.

Most of these screen time app’s can be found in ITunes, Google Play or Amazon. Some are free and some are not. This can be a great way to help monitor how much time you and your children are spending on screens.

Learn about other health tips at www.Betterhealthkare.com