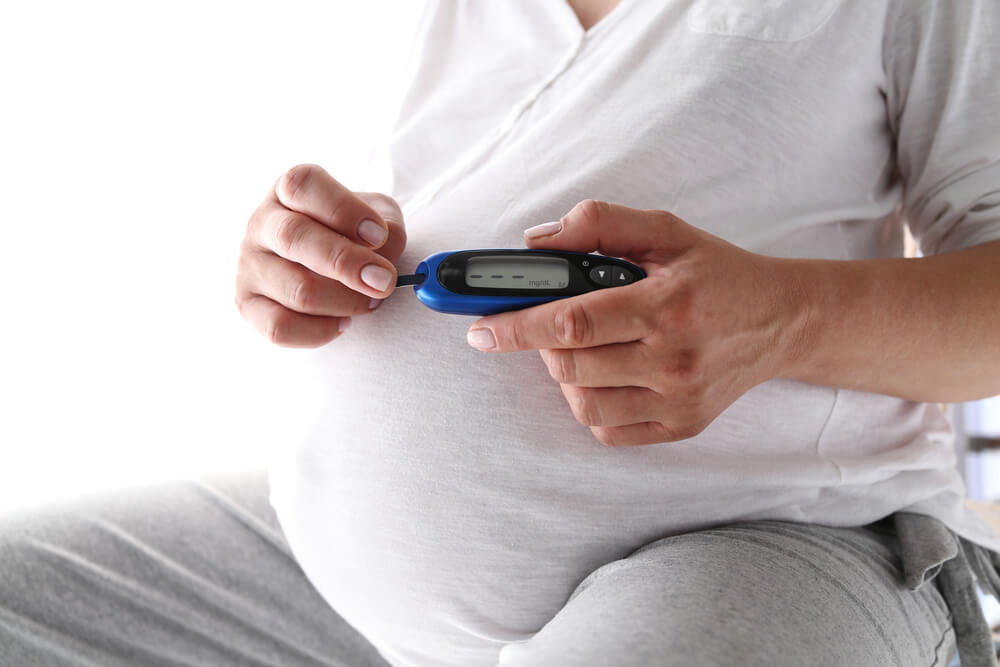 Learn about the warning signs of gestational diabetes and find out about its risk factors.

Gestational Diabetes – What is it?

Gestational diabetes is high blood sugar levels during pregnancy. According to the latest Pregnancy Risk Assessment Monitoring System, it occurs in about nine percent of pregnant women and often occurs in the later stages of pregnancy.

Why Does Gestational Diabetes Occur?

When a woman is pregnant, many changes occur throughout her body. Researchers believe some of these changes might cause a woman’s body to become resistant to insulin. Insulin is a hormone created by pancreatic cells that lets the body properly use glucose at a later time for energy. When the body cannot effectively manufacture or use insulin, blood sugar levels begin to rise.

As previously mentioned, most women do not notice any gestational diabetes symptoms or signs other than having a high blood sugar test result from their physician. In some cases however, a woman might notice an intense thirst, hunger, fatigue, or frequent need to urinate.

When a woman is pregnant, it is wise to learn about contributing factors to potentially getting gestational diabetes. These can include having high blood pressure, being sedentary, having a miscarriage or stillbirth baby in the past, is over the age of 35 at the time of pregnancy, is overweight prior to becoming pregnant, or if an immediate relative has Type 2 diabetes. Knowing these risk factors beforehand can help someone keep an eye out for the warning signs of gestational diabetes or ask their doctor ahead of time that they want to be tested.

You might be wondering if there are any ways to avoid getting gestational diabetes symptoms during pregnancy? Fortunately there are a few steps you can take that will decrease your chances. These include:

Now that you are more familiar with common gestational diabetes symptoms, risk factors, and how to avoid getting it while pregnant, you can create a better pregnancy plan. To learn more about this type of diabetes, visit www.BetterHealthKare.com