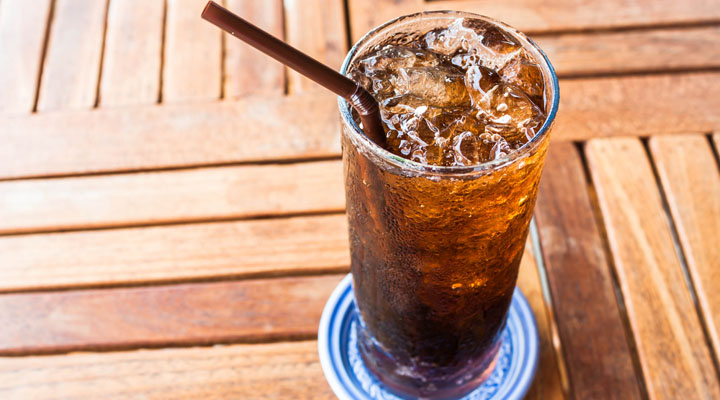 Over the past few decades, soft drink companies have released more and more sugar-free or low-calorie products. Demand for diet beverages continues to climb, leading some researches to wonder whether drinking the diet soft drinks rather that the full-sugar versions make a difference in the waist-line of American consumers.

Researchers recently published a study in the American Journal of Public Health that looked into the drinking habits of normal weight, overweight, and obese Americans. The study found that overweight and obese people who choose diet drinks over regular soft drinks may consume more calories from food than those who stick with sugar-filled drinks.

An Increase in Diet Drink Consumption

The beverage industry has seen a big increase of consumption of diet drinks over the past half-century. In 1965, only three percent of the American population consumed diet beverages on a regular basis. Today, 20 percent of the population chooses diet over regular. As a result, beverage manufacturers have begun to produce zero- or low-calorie drinks not only to keep up with demand, but in response to the country’s obesity epidemic.

According to the American Beverage Association, diet soft drinks can help with weight loss and management by reducing overall caloric intake. However, the study suggested that long-term evidence is not conclusive, since different weight groups seem to have different weight loss results when drinking low-calorie drinks instead of sugar-sweetened.

The study found that those who drink sugar-sweetened beverages consume more calories per day on average than those who choose diet beverages. However, total caloric intake increases with body weight for those who drink diet drinks. For example, average weight Americans consume about 2,095 calories a day from food and low-calorie drinks, while overweight and obese Americans who drink diet beverages consume 2,196 and 2,280 calories, respectively. The increased calorie intake of the overweight and obese group came from food, rather than more diet beverages, leading the researchers to suggest that more attention should be paid to the amount of calories that come from solid food when replacing regular soda with diet.

Average-weight diet soda drinkers were found to consume fewer calories overall than those in the same weight group who drank regular soda. Researchers were unable to conclude why those in the overweight and obese category did the opposite. They suggested that perhaps the sweet sensors in the brain become re-wired in those who are overweight or obese, and the sensors may not be able to gauge how much food has actually been consumed. This may result in overeating or overcompensating for drinking a low-calorie drink.

While replacing full-sugar beverages with diet variations may be able to help consumers reduce the amount of calories taken in each day, the study shows that heavier individuals should still pay close attention to the calories found in the food eaten each day. When dieters are aware of total calorie intake, they are better able to maintain or lose weight. The researchers of the study did not recommend that dieters stop drinking diet drinks, but should instead look at the quantity and quality of foods being eaten in addition throughout the day.

Losing and maintaining weight can be a challenge for most dieters. It is not always easy to keep track of calories in both food and drink, but doing so can lead to greater results for individuals of all body weights and sizes. Regardless of whether drinks are replaced with low-calorie versions, special care should be taken to fuel the body with nutrient-dense meals that are filling and hearty. Awareness of the types and amounts of foods eaten during the day can be a big benefit to those who would like to lose a few, or several, pounds.