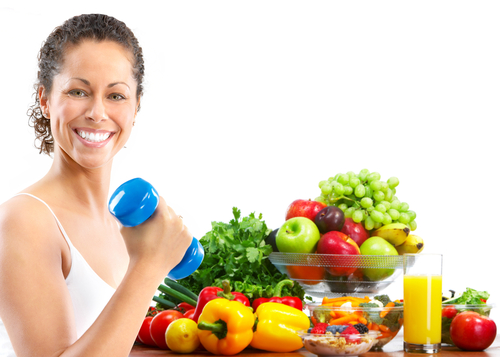 The AsapScience video below will explain why changing your diet has a bigger effect on your weight loss than exercise.

Combining a great exercise regimen with a healthy diet is key when attempting to lose weight. However, that doesn’t mean they’re equally important.

Did you know that the majority of the calories we burn in any given day are spent mostly to keep us alive? While you can burn calories through exercise, you don’t burn that much.

While exercise is crucial for a healthy life, exclusively, it doesn’t often promote weight loss. A 2015 study found that calorie control is more successful, especially because exercise increases appetite in many people.

Do you ever feel hungry after a good workout? Well, exercise tends to increase our appetite. After all, when you burn off calories by being active, your body will often signal you to replace them. Research has also confirmed this. A 2012 systematic review of studies that looked at how people complied with exercise programs showed that over time, people end up burning less energy with exercise than predicted and also increasing their caloric intake.

Fitness trainer Bob Harper from the TV show “The Biggest Loser” said he used to try to strike a balance between diet and exercise. But no more. “It is all about your nutrition. It is 80 percent nutrition. It is 20 percent fitness,” he says.

Science backs up Harper’s assertion. According to a report from the Academy of Medical Royal Colleges, regular physical activity reduces the risk of heart disease and other illnesses, but “does not promote weight loss.”

Philip Stanforth, a professor of exercise science at the University of Texas and the executive director of the Fitness Institute of Texas said: “You’d have to walk 35 miles to burn 3,500 calories. That’s a lot of walking. But if you look at eating, a Snickers bar might have, say, 500 calories. It’s going to be a lot easier to cut the Snickers bar than to do 5 miles of walking every day.” (Snickers “2-to-go” is actually 440 calories).

If your goal is to shed some pounds, quantifying how much you’re eating in a given day will be a better first step than hitting the gym after eating that pizza.