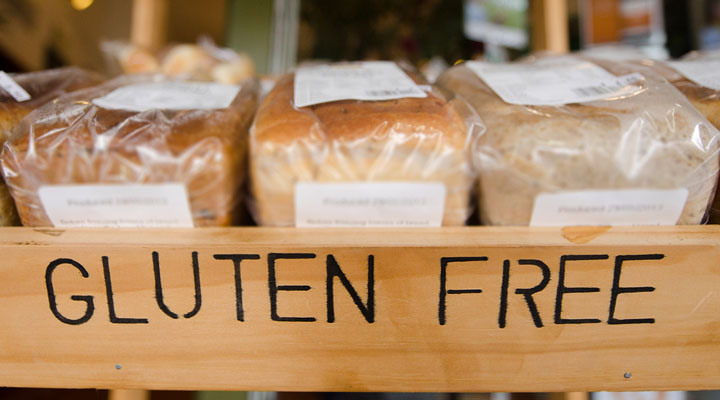 Take a walk around most supermarkets these days, and you’ll no doubt find an aisle teeming with products listed as being “Gluten-free.” The sales figures for gluten-free products have grown nearly 68% over the last two years, and are projected by some to reach $23.9 billion by 2020. This rise in gluten-free products sales has corresponded to a surge in the number of people being diagnosed as having a gluten sensitivity or gluten allergy. Whereas ten years ago, only one in every 2500 people worldwide was believed to have had a gluten allergy, today, that estimate is now at one in every 133.

The Reasons Behind the Rise in Allergy Diagnoses

Are doctors becoming more adept at diagnosing this condition, or is your body processing gluten differently than how those of your ancestors did? The binding characteristics of the gluten protein make it ideal for use in baking products. Thus, the primary source of gluten today is wheat, rye, barley, and oats. Many point to the advances that have taken place in harvesting methods as having led to the rise of those suffering from gluten allergies.

Prior to the technologies that allowed for the mass distribution of grains, harvesters allowed wheat shocks to stay in the field longer, exposing them to excess moisture and drying in the sun that would neutralize many of the naturally-occurring toxins found in grains. Additionally, extra time was taken in the processes of soaking and fermenting grains to help improve digestibility. During the grinding process, attention was also paid to ensuring that the entire grain kernel remained intact, preserving the germ, bran, starch, and other essential nutrients that it had to offer.

The demand for grains today has required that harvest times be shortened and the grinding process be modified to get more product out faster and to a broader customer base. That has necessitated that the germ and bran components, the best sources for nutrients and fiber, be eliminated as waste products to keep the kernel from spoiling. Additional preservatives and chemicals are also added to increase shelf life. The end results are grains that show little resemblance to those of yesteryear, with decreased nutritional values and higher toxicity levels that make them more difficult for the body to digest.

Understanding the Signs and Symptoms

The assumption is that the body eventually learns to adapt to processing today’s gluten sources. That idea seems to be supported by the fact that when an allergy manifests in children, it is often outgrown. Yet an increased number of people are seeing many of the symptoms of gluten allergies progress into adulthood.  Gluten allergies can manifest themselves in a number ways, such as:

Cutting gluten from your diet is the best way to combat this allergy. Yet doctors are finding that the increased number of gluten allergy diagnoses in recent years and the accompanying rise in availability of gluten-free products has led many to adopt to gluten-free diets to combat supposed allergies that have yet to be diagnosed. In fact, a recent study by Australian researchers showed that 69% percent of participants claiming to have a gluten allergy had never actually been tested for it. In many cases, the aforementioned conditions are due to other health conditions, such as influenza, an allergic reaction, or chronic respiratory issues.

Doctors can test for the presence of a gluten allergy through a standard blood analysis or using a skin prick test that measures your body’s responses to the introduction of certain allergens. It’s strongly recommended that you seek such a test if you have any of the following three symptoms:

Understanding the signs and symptoms of a gluten allergy is vital to diagnosing this condition early and avoiding suffering from its effects. Managing your gluten sensitivity through the appropriate dietary changes can go a long way in getting you back to enjoying life again.