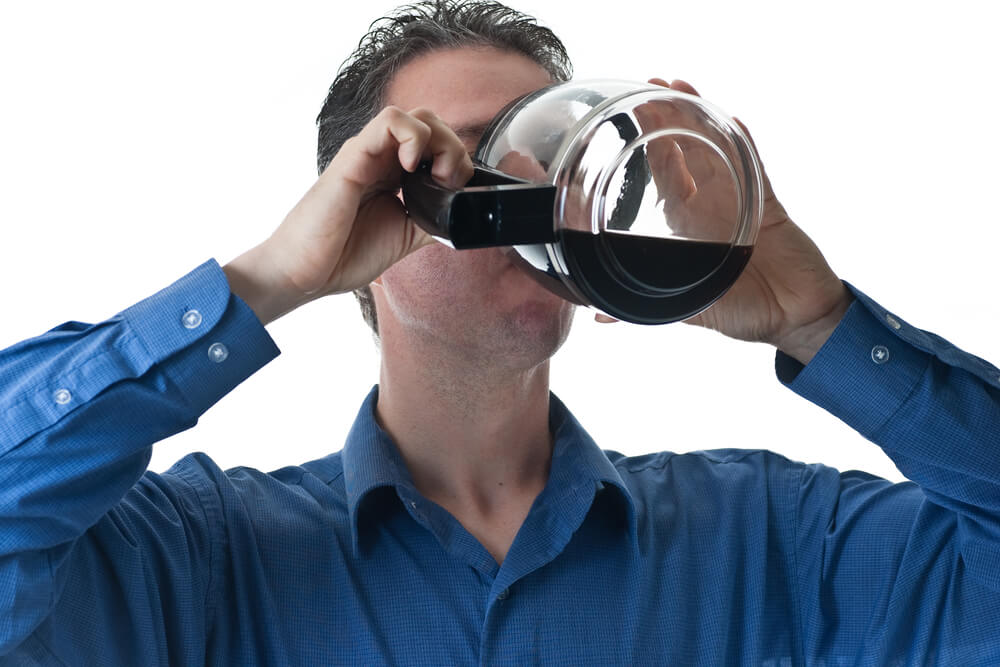 What’s the recommended amount of coffee you should drink daily?

Coffee’s main ingredient, caffeine, is one of the most commonly consumed substance. It works as a stimulant, increasing alertness and decreasing fatigue. It’s the best way to get you moving in the morning and keeps you going throughout the day. But how much coffee is too much? At what point does overdoing it on coffee have negative effects on the body. Is caffeine bad for you? Here we’re going to address these questions as well as caffeine withdrawal symptoms.

Click here to see which drinks are good for diabetics.

Is Caffeine Bad for You?

The general consensus is that coffee has many great elements, whether with or without caffeine, to reduce the risk of serious disease and illness. On the other hand, when coffee is loaded with extras such as cream and sugar etc. that is when it becomes not so beneficial. Coffee in its purest state has many health benefits, if consumed at a normal rate because it helps boost energy and focus as well as the ability to protect the body from free radicals.

Negative effects of coffee when consumed too frequently are severe and when mixed with flavoring ingredients and sweeteners, the potential health issues grow. The main problems related to how much coffee is too much stem from the caffeine. In general, caffeine can cause insomnia, nervousness, restlessness, upset stomach, nausea, increased heart rate, vomiting as well as increased breathing.

How much coffee is too much? Think about the amount of coffee that is physically in each serving. Whether you are making it yourself or buying it from the store, there is normally more than a serving size of coffee placed in the cup. A serving size is around 8 ounces and in general, most consume more than that in a day.

When you get into numbers higher than 3 – 4, that can be considered a cause for concern, especially if it is mixed with things other than coffee. The more you consume the higher the risk of diseases such as cardiovascular disease. If you are unsure whether you are consuming too much coffee or not, speaking to a medical professional about your concerns is the best option to ensure that you are doing what is best for your body and your overall health.

Woody Short
Tags caffeine withdrawal symptoms, how much coffee is too much, is caffine bad for you