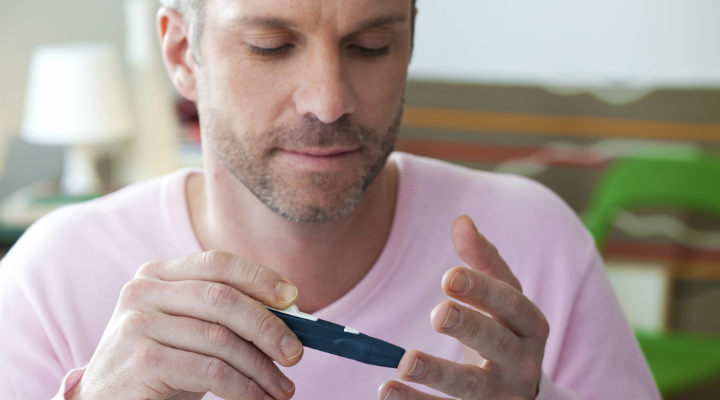 Certain factors contribute to the development of diabetes.

Heredity is a major factor. The fact that diabetes can be inherited has been known for centuries. However, the pattern of inheritance is not fully understood. Statistic indicates that those with a family history of the disease have a higher risk of developing diabetes than those without such a background. The risk factor is 25 to 33 percent more. One reason why diabetes, especially type-2 diabetes runs in the family is because of the diabetes gene. But even it is caused by genetic factors beyond your control; there is no reason to suffer from it. Diabetes mellitus cannot be cured in full sense of the term, but it can be effectively controlled so that you would not know the difference.

Diet – Diabetes has been described by most medical scientists as a prosperity disease, primarily caused by systematic overeating. Not only is eating too much sugar and refined carbohydrates harmful, but proteins and fats, which are transformed into sugar, may also result in diabetes if taken in excess. It is interesting to note that diabetes is almost unknown in countries where people are poor and cannot afford to overeat. The incidence of diabetes is directly linked with the consumption of processed foods rich in refined carbohydrates, like biscuits, bread, cakes chocolates, pudding and ice creams.

Obesity is one of the main causes of diabetes. Studies show that 60 to 85 % of diabetics tend to be overweight. In the United States of America, about 80 percent of type 2 non-insulin dependent diabetics are reported to be overweight. Excess fat prevents insulin from working properly. The more fatty tissue in the body, the more resistant the muscle and tissue cells become to body insulin. Insulin allows the sugar in the blood to enter the cells by acting on the receptor sites on the surface of the cells. Older people often tend to gain weight, and the same time, many of them develop and mild form of diabetes because who are overweight can often improve their blood sugar simply by losing weight.

Stress and Tension – There is a known connection between stress and diabetes mellitus, those who are under stress and/or lead an irregular lifestyle, need to take adequate precautions and make necessary lifestyle adjustments. Grief, worry and anxiety resulting from examinations, death of a close relative, loss of a joy, business failure and strained marital relationship, all a deep influence on the metabolism and may cause sugar to appear in the urine.

Lifestyle Risk – People who are less active have greater risk of developing diabetes. Modern conveniences have made work easier. Physical activity and exercise helps control weight, uses up a lot of glucose (sugar) present in the blood as energy and makes cells more sensitive to insulin. Consequently, the workload on the pancreas is reduced.